The Cathedral of Taormina, named Basilica Cattedrale di San Nicolò di Bari in 1980, with its austere yet elegant appearance dominates the homonymous square. Its architecture is a perfect example of Sicilian Romanesque-Gothic art and inside there are works of great artistic value. 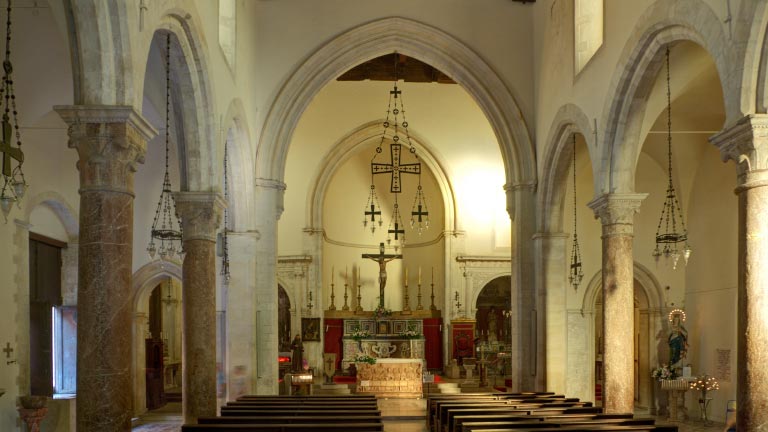 In front of the church, in the center of the medieval village square, there is the Baroque fountain commonly called “Quattro Fontane” (“Four Fountains”) because of the four seahorse-shaped statues from which water flowed out and descended into the corresponding reservoirs below. The fountain is crowned by a statue of the Centauress, a symbol of the town and an unambiguous message of the political power that has been exercised in the square since the earliest times. 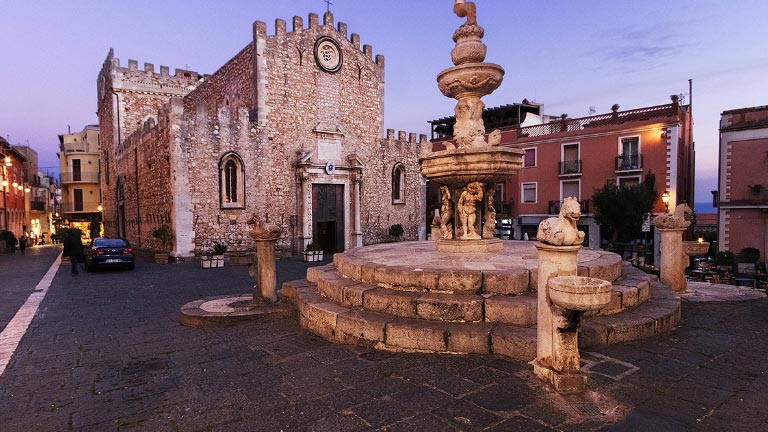 Other significant monuments are the Corvaja Palace, built by the Arabs and then expanded in the Norman period to accommodate the sessions of the first Sicilian parliament, and the Dukes of Santo Stefano Palace, built at the turn of the 14th and 15th centuries by a noble Spanish family.