It was Gloeden who first christened it “Isola Bella” (or “Beautiful Island”), fascinated by this magical and picturesque place. Being already a natural monument, it became part of the municipal territory in 1984, and then became an oriented nature reserve.

The island, which is actually connected to the mainland by a sandy isthmus, periodically hidden by the waters of the tide, houses the villa of the former owners, now open to visitors and being part of the Archaeological Park of Naxos. 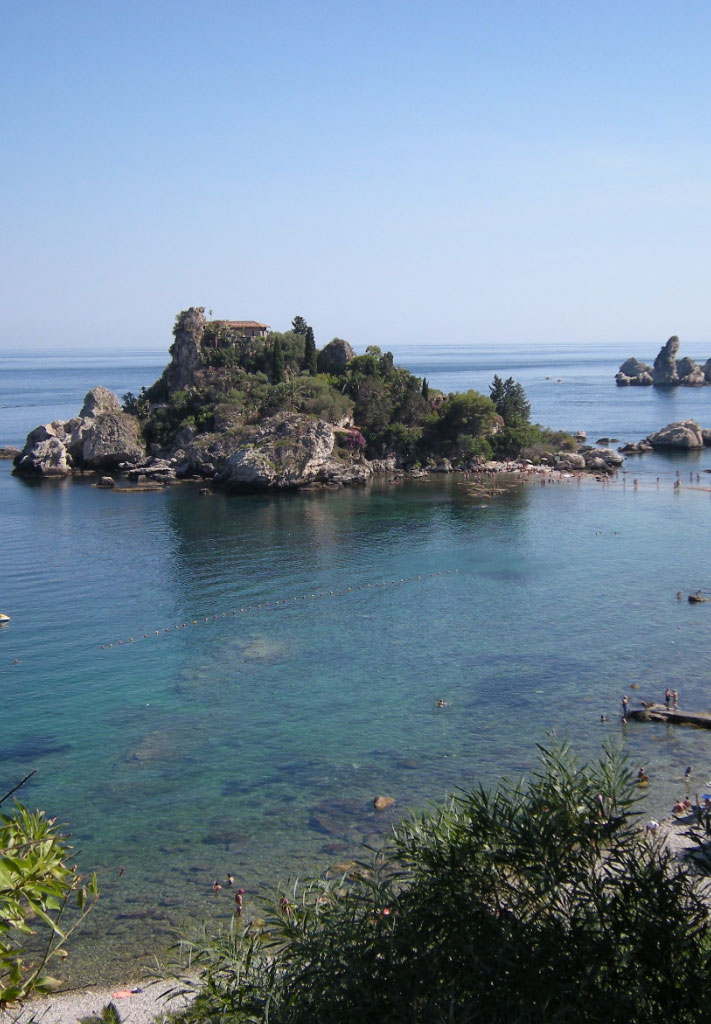 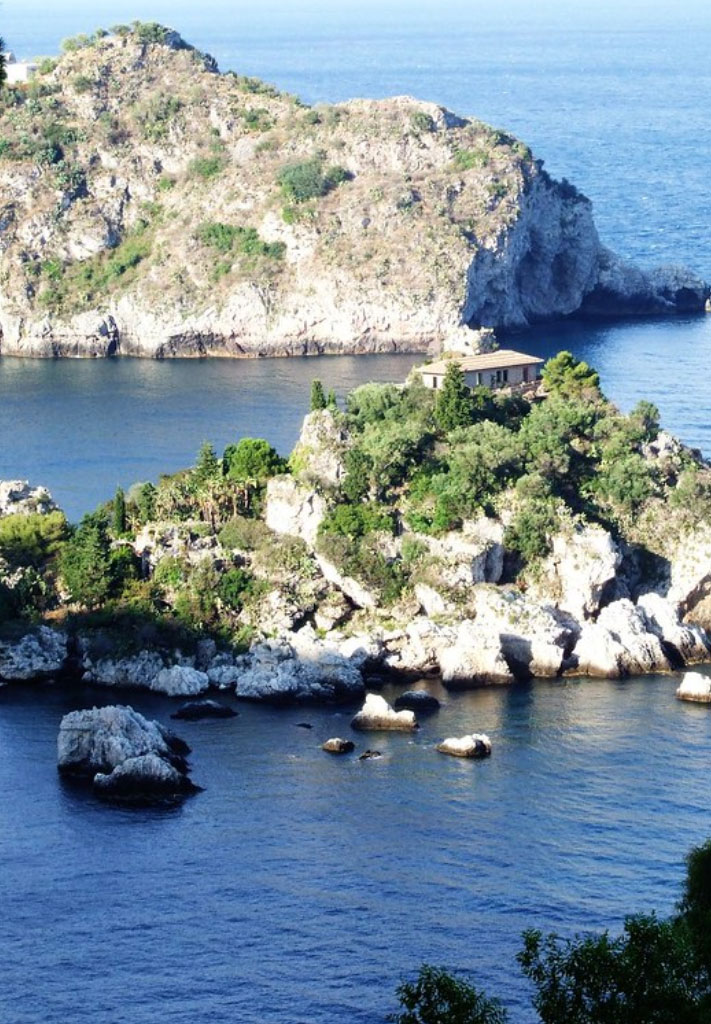 Thanks to Lady Trevelyan, the island is home to a botanical garden, where, along with the typical flora of the area, you can find exotic ornamental plants and endangered species. Among the fauna, a special mention should be made of the native inhabitant of the island – a red-breasted lizard, the only one of its kind.