Built in the second half of the third century BC, it was enriched with architectural and artistic elements thanks to the intervention of the Roman Emperor Caesar Augustus Octavian. For this reason, despite being the second largest theater in Sicily after the theater in Syracuse, its structural peculiarities and stunning views of Etna and the Gulf of Giardini-Naxos make it one of a kind. 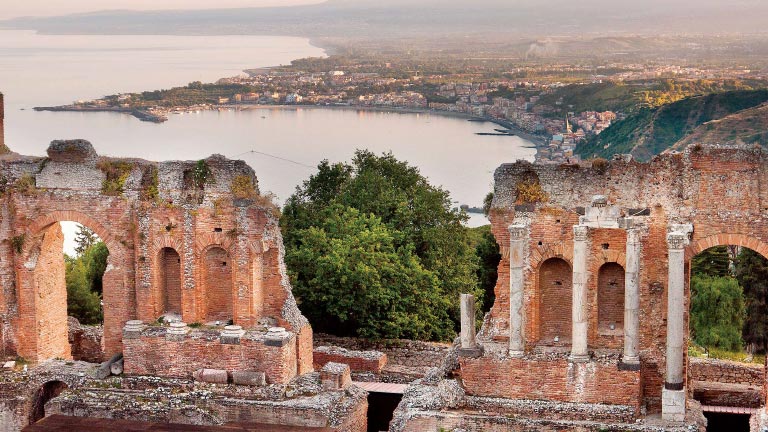 For decades, it has been a major cultural venue for countless events and concerts by the world’s greatest artists of the 20th century. The “David di Donatello” Film Award and the “Taormina Film Festival” deserve special mention.